Mondodelvino Group – founded in 1991 by the founding partners Alfeo Martini, Christoph Mack and Roger Gabb – is one of the leading Italian wine groups by turnover size and one among the top ten private groups. With five production plants in Piedmont, Emilia-Romagna and Sicily, the Group is mainly dedicated to the production of bottled wines, both under its own brand and under a third-party brand, destined above all to export (82% in 2018), and in particularly in the United Kingdom, Germany, Scandinavia and North America. In recent years, the company has embarked on a process of growth aimed mainly at improving production quality and the production cycle which has been integrated from the management of the vineyards, to the production, up to the marketing and distribution. In 2018 the Group recorded a turnover of over 110 million euros. 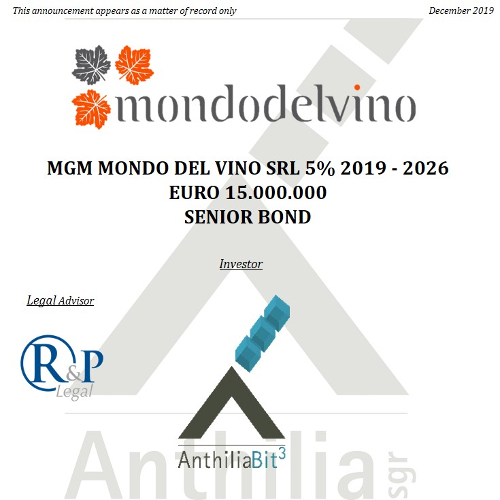