The bond issue is the first Green Bond in Italy dedicated to the production of biomethane from FORSU, a sector in which the country suffers from a plant deficit. The issue of the Green Bond will allow Asja to build new plants for the production of biomethane and quality compost from FORSU, which will be added to the three already operational and the two under construction. These initiatives contribute to the achievement of the Sustainable Development Goals of the 2030 Agenda of the United Nations. This type of plant represents the most advanced technological solution for the management of organic waste according to the principles of the circular economy, because it allows to exploit to the maximum the potential of waste through the production of renewable energy (biomethane) and agricultural soil conditioner (compost). 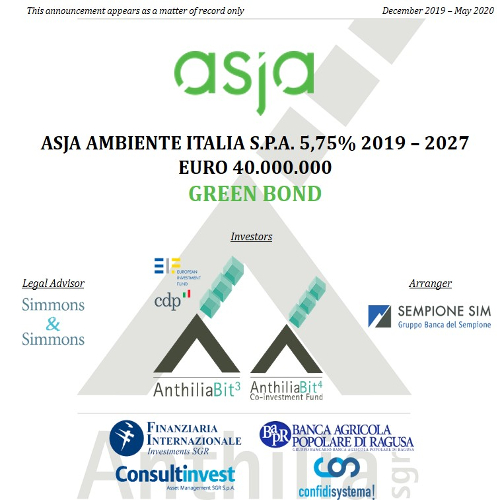